Argyll Property Partners was delighted to partner with law firm Gunnercooke in presenting a property panel discussion in Leeds on 22 January. The theme of the event was the future of SME residential property development in the north of England, and it provoked a fascinating and lively discussion.

This is the second panel event Argyll Property Partners has hosted jointly with Gunnercooke, following the first one in Manchester in October last year. The event was attended by an enthusiastic audience of developers, bankers, surveyors, lawyers and others involved in the property sector in Leeds and surrounding areas.

The panel of property experts comprised:

The residential development market in Leeds and the North

David opened by asking Paul to outline the current state of the market in Leeds and the north and how it compares to the south, south-west, the north-west and Midlands.

Paul pointed out that in 2019 house prices in the north and the north east went up by 2.7%, compared to an average rise of 1.4% across the UK. He quoted research by Savills which showed that over the next five years the north-east, Yorkshire and the East Midlands will see average house price growth of 21.6% compared to 4% in London and the south-east.

In addition, there is an under-delivery of new housing in metropolitan Leeds at present with the city having reached only 85% of its current housing target. One reason Paul gave for this is the systemic problems in the planning system due to underfunding, something that affects the whole of the UK.

He feels that the under delivery in the area, plus mortgage affordability returning to the 35-year national average and continuing low interest rates means there’s definitely capacity for growth in Leeds and the north, especially when you factor in the affordability of the area compared to many other areas in the UK.

James Epsley reinforced this by saying “Yorkshire has got some catching up to do and so that means there’s a lot of potential for developers”.

Stuart McEwan said that future challenges will be build costs and the availability of labour. He referred to projects that are struggling to get over the line in time, mostly because main contractors can’t find sub-contractors. This is compounded by the increase in insolvencies among sub-contractors, which is partly driven by the squeeze placed on them by slow-paying main contractors.

James echoed this concern about delivery, saying one of the big factors when he’s assessing a deal is the strength of the contractor.

The panel was asked, “Where are we with modular construction?”

James said that given the rise in build costs and contractor insolvencies, modular construction is very interesting. But, he said, it needs to be proven, and people need to have confidence in it, certainly in terms of the funding and security. David Merson confirmed this from a legal perspective saying that when the banks can figure out a way to secure modular construction, that’s when it will become more mainstream.

Stuart said modular construction is “definitely where the market is moving” and gave the example of modular bathroom pods now almost always being used in student accommodation and funders rarely having an issue with them.

Paul said the private rented sector (PRS) might change that saying “the model in this country is still home ownership, but as we move more towards the PRS, modular construction in volume might then start to take off. Then you may find that modular construction companies would also perhaps start to cater to the SME market.”

The panel felt these would stay low for the foreseeable future, with James summing up the general consensus when he said: “I think it’s one of those questions if you ask three economists you’ll get three different answers, and all of those will probably be wrong.”

David asked what advice the panel would give developers when starting a new scheme and applying for funding.

James said developers should engage the funders as early as possible so that they can help you understand what they’re going to need to get the funding package approved.

Stuart said developers should make sure the construction contract is as watertight as possible. “Everyone goes into a development thinking that nothing will ever go wrong, it’ll be built on time, on budget. But, within three months, generally there’s some sort of dispute and the first document that people go back to it’s a contract,” he said. David reiterated this, saying it is wise to have the contracts looked at professionally, especially when you bear in mind the fact that JCT contracts have been prepared by the construction industry and are not necessarily developer friendly.

Paul mentioned the importance of having clear, accurate and credible appraisals so that he can see that the development makes sense financially.

The above is a summary of a wide-ranging discussion between the panel and the audience that also covered cladding and valuation issues, HS2, environmentally friendly heating systems, the recent general election and, inevitably, Brexit. On the last two issues, anecdotes from audience members indicated an increase in confidence in the sector immediately after the election with reports of flurries of sales being agreed.

Thank you to Gunnercooke for hosting what proved to be another outstanding event, followed by excellent networking opportunities.

Thanks also to the panellists for taking part, David for leading the discussion and all the attendees. Given the success of this event and the previous one in Manchester, we are hoping to hold another event with Gunnercooke later in the year. Look out for details as and when we have a date and location. 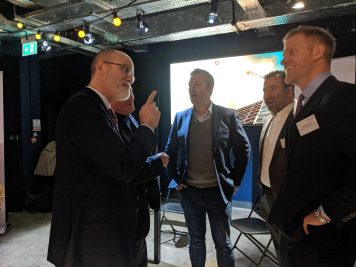 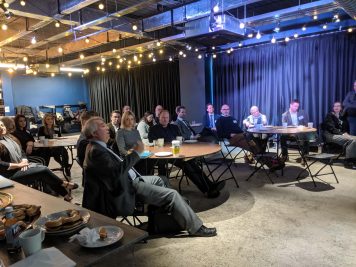 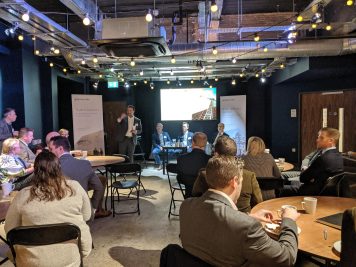 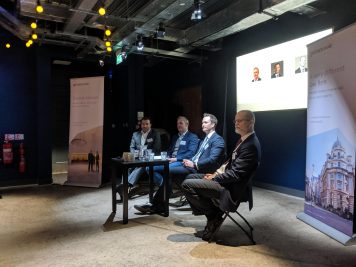 What does a new Conservative government mean for developers, housebuilders and the housing market?